When Matt first asked me to capture his proposal with Victoria, I was super excited since I’ve known them as a couple for a few years now. I could hardly contain the secret.

Because of his friend Greg, Matt was able to secure the rooftop of a downtown company, Atlassian. Greg, the hidden hero of the day, prepped the scene by hanging Christmas lights around the balcony. I also had a major role in the preparation as I carefully instructed Greg how to display the baby’s breath.

The cover up was that Greg had invited a small group of friends to his company’s open house. A crowd of familiar faces was supposed to greet Matt and Victoria as they arrived, but instead there was no one. Greg told Victoria, “They’re all on the rooftop,” and when they made their way outside, it was just me. When Victoria saw my camera, she finally figured out what was happening, and the rest was history. 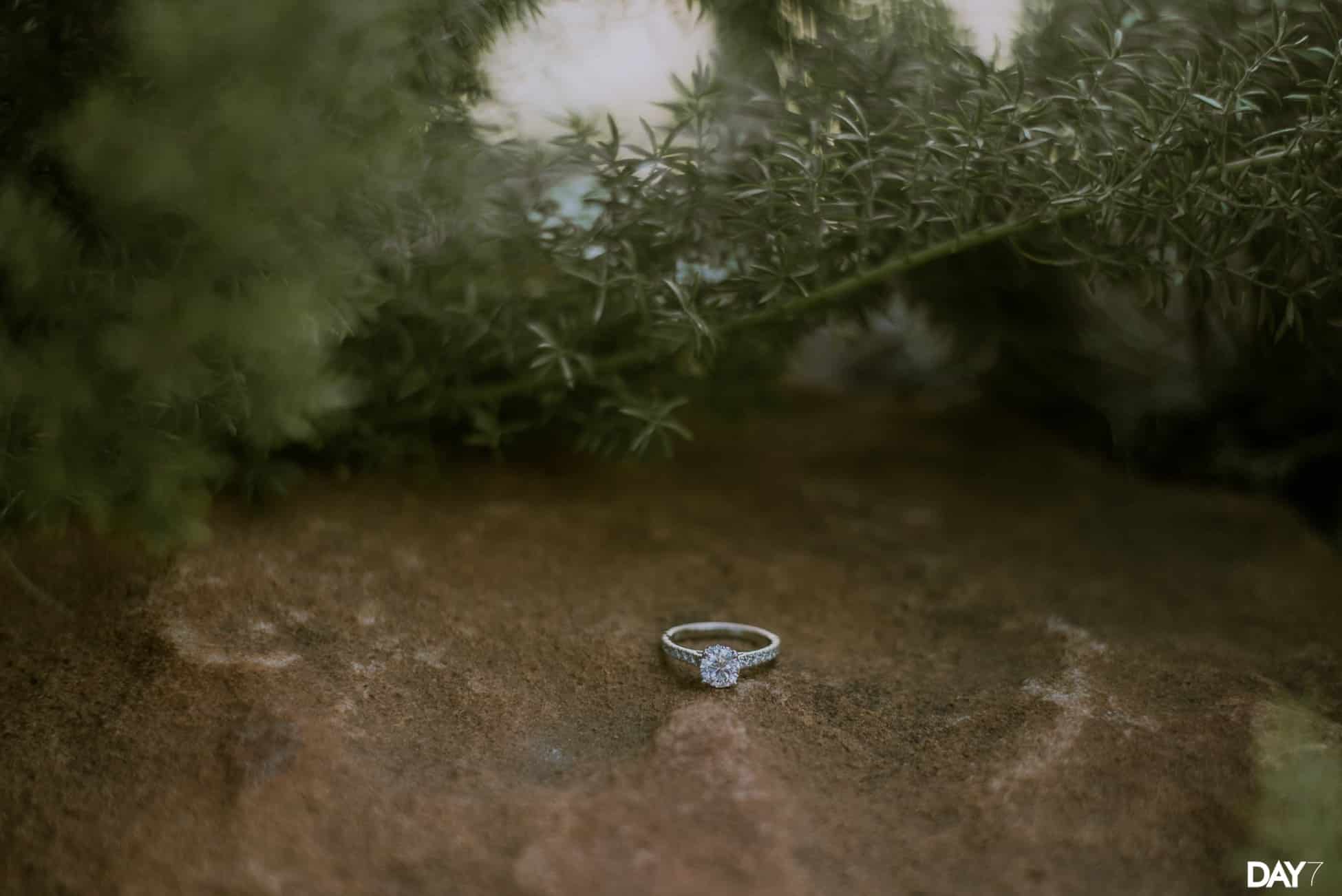 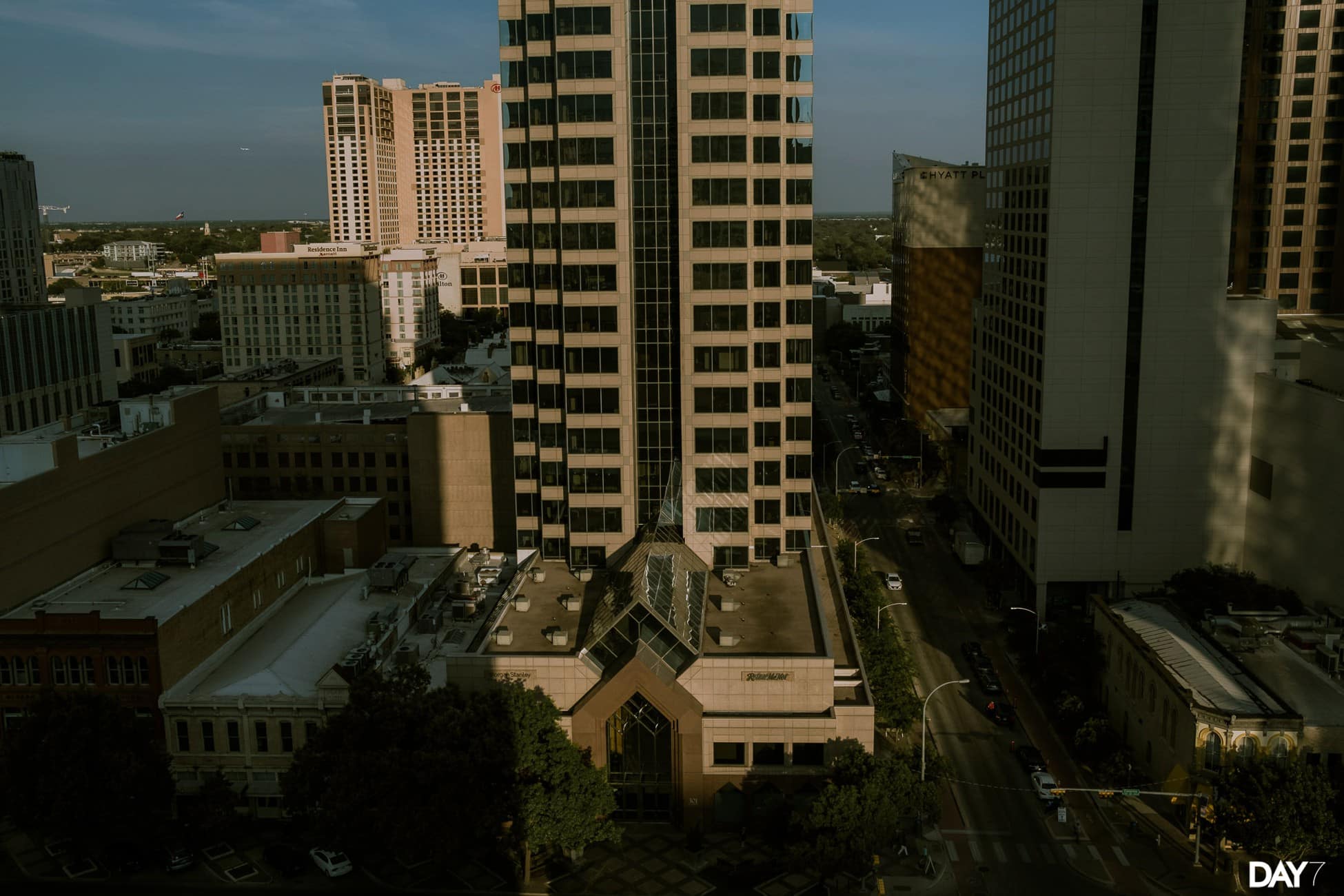 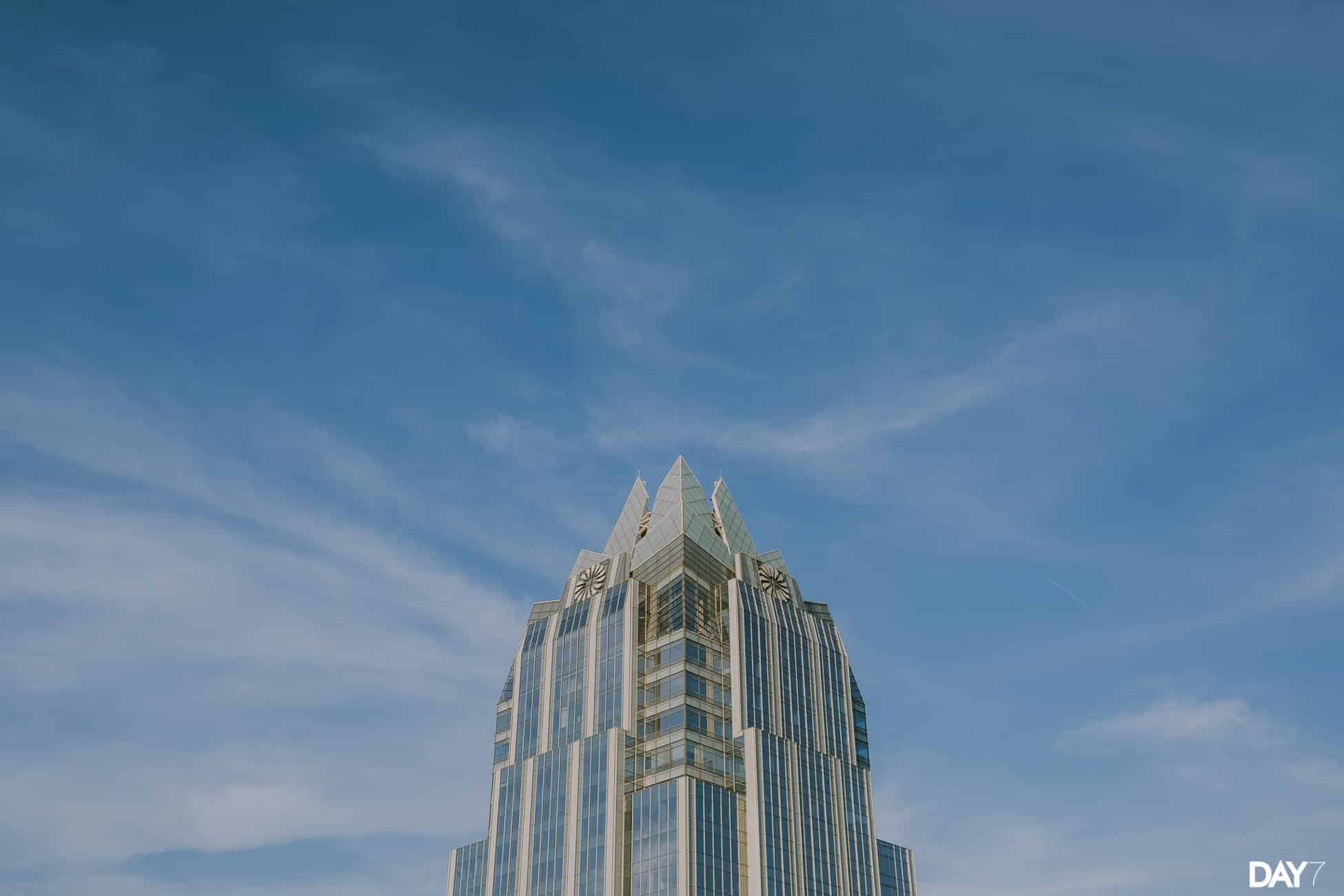 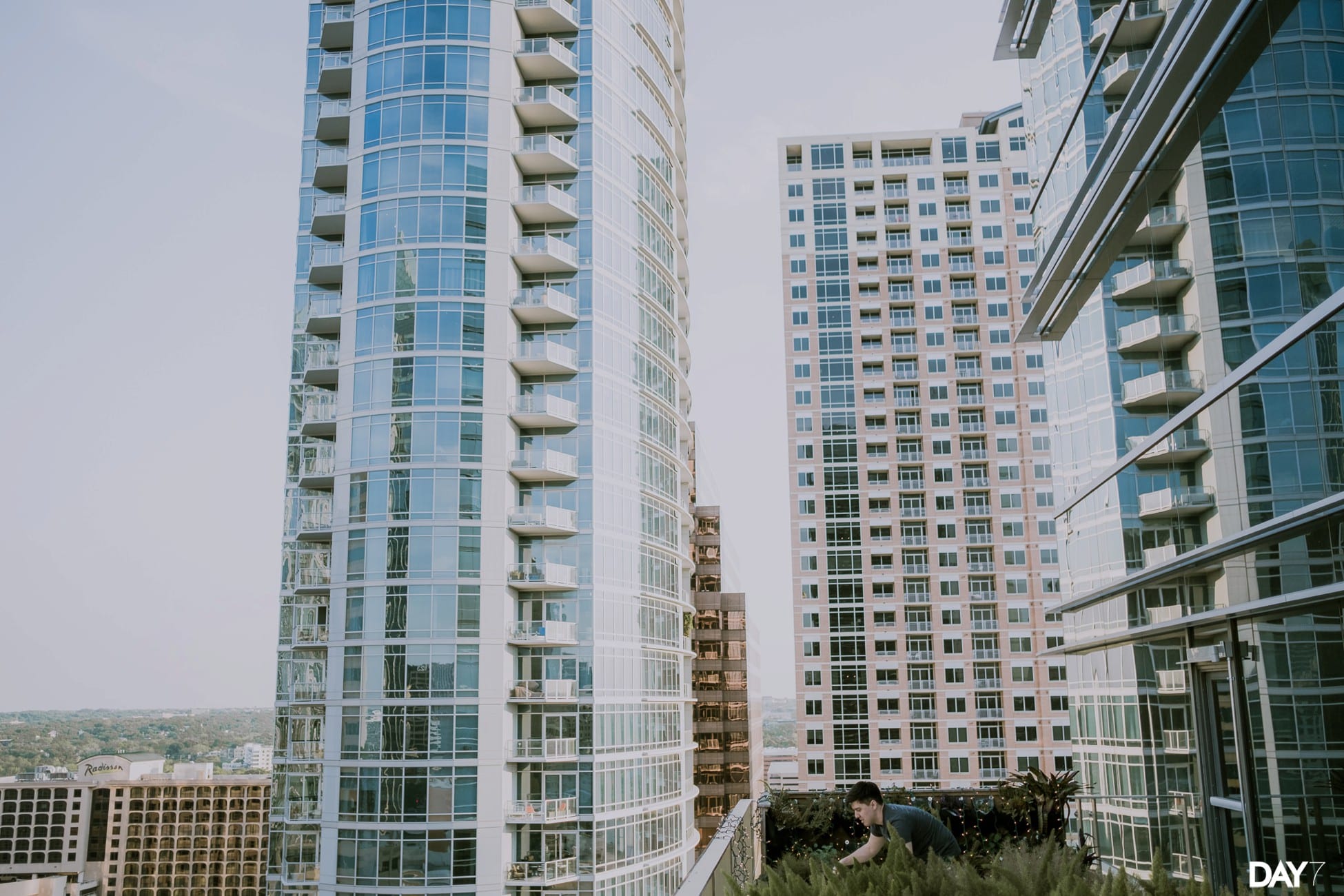 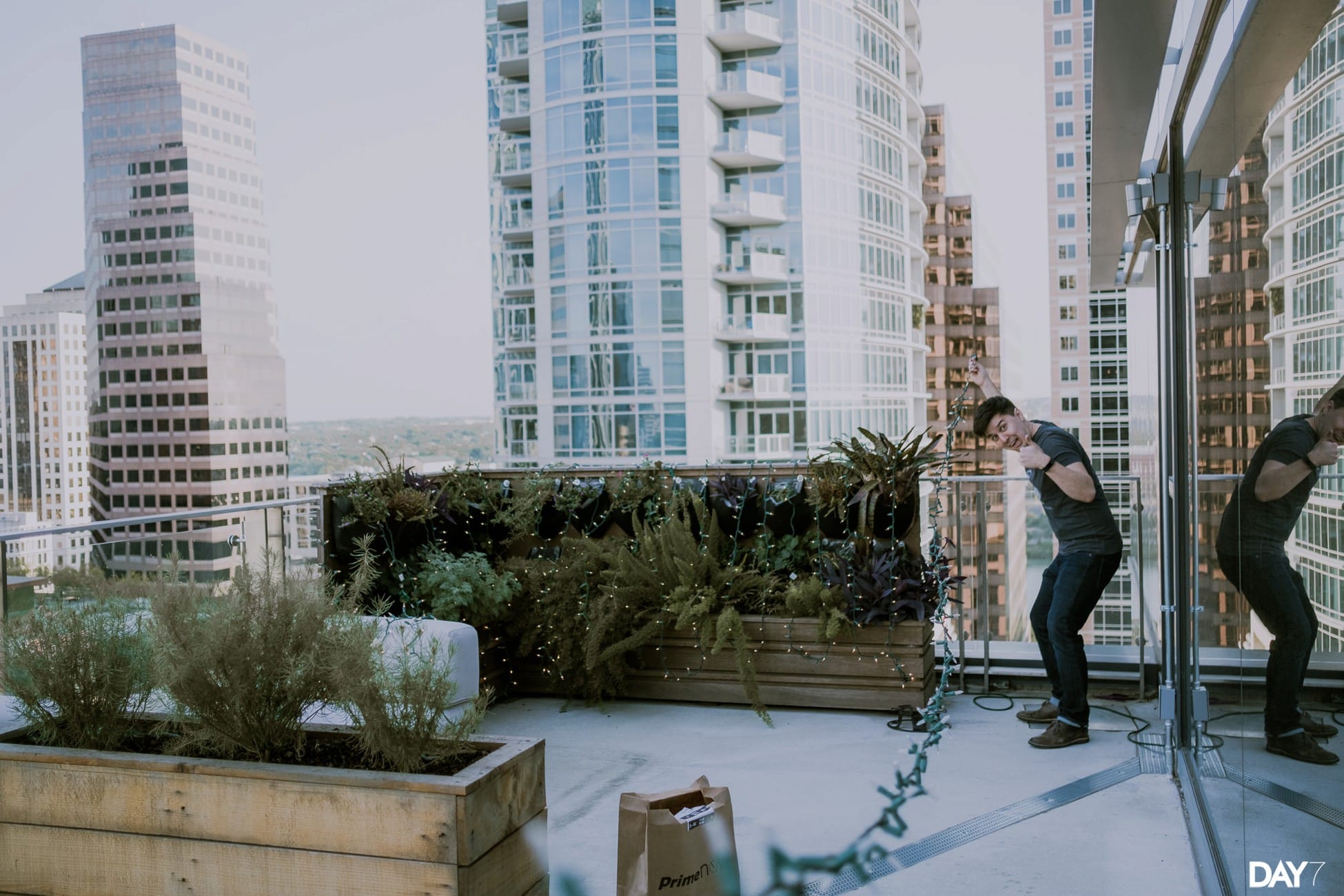 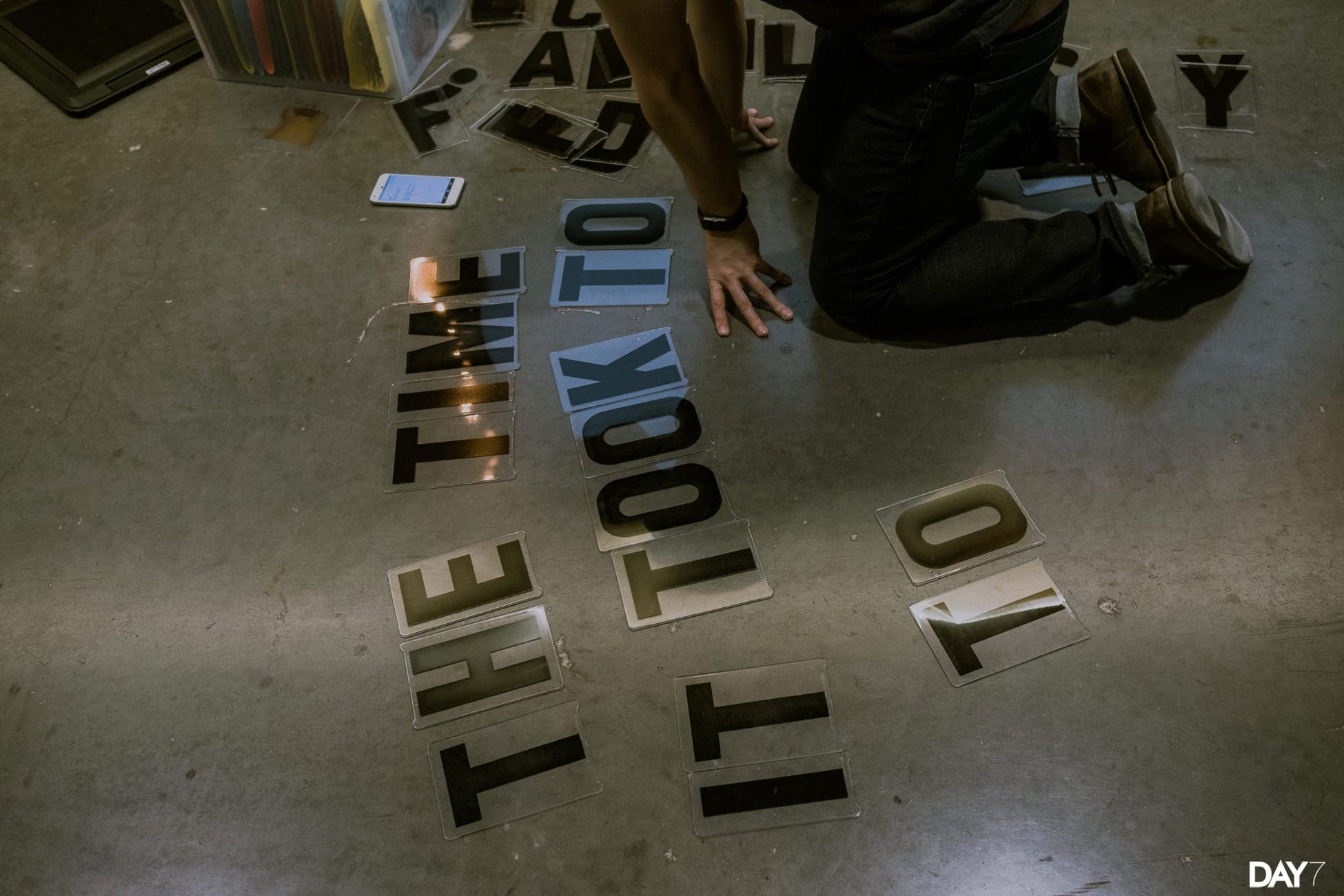 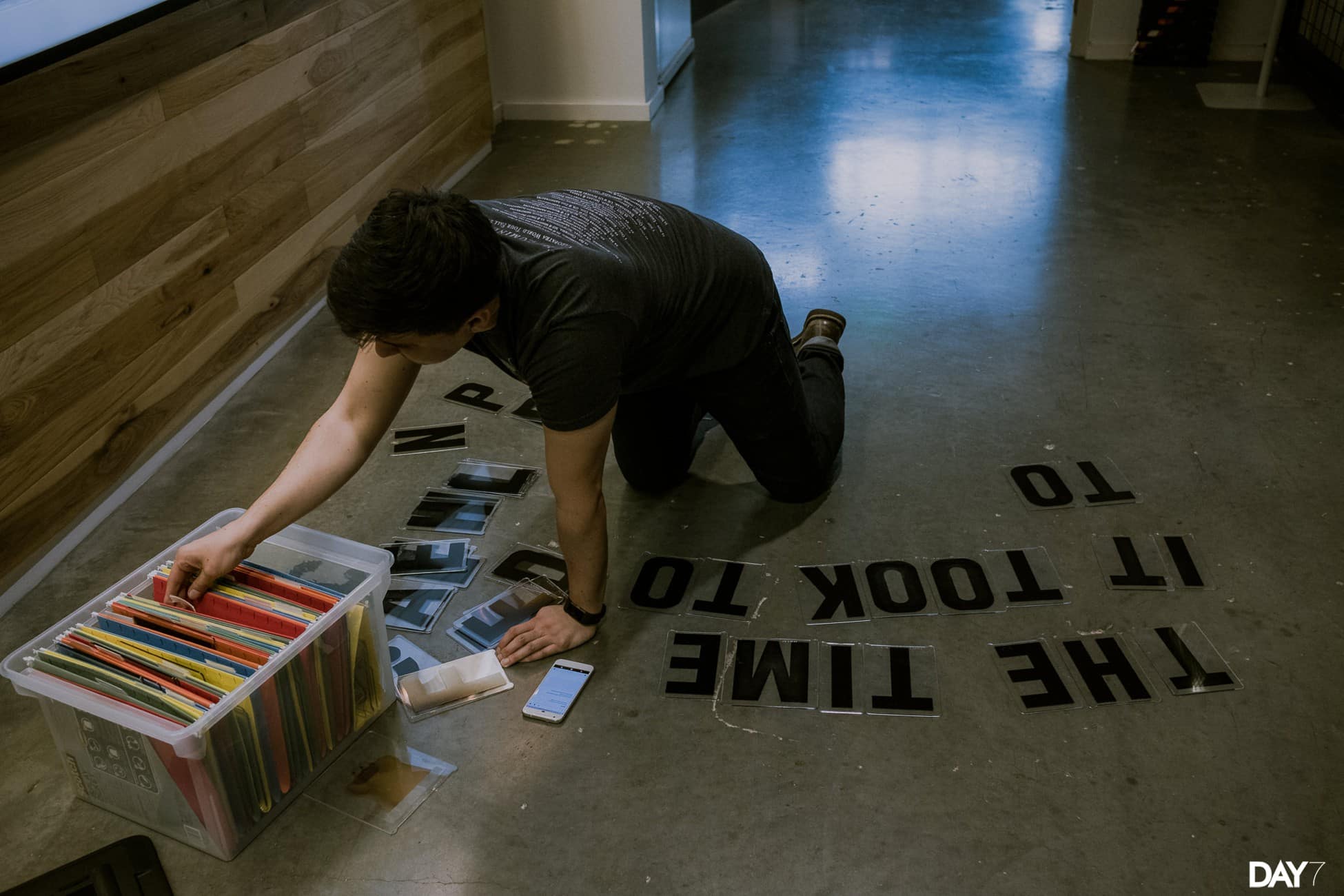 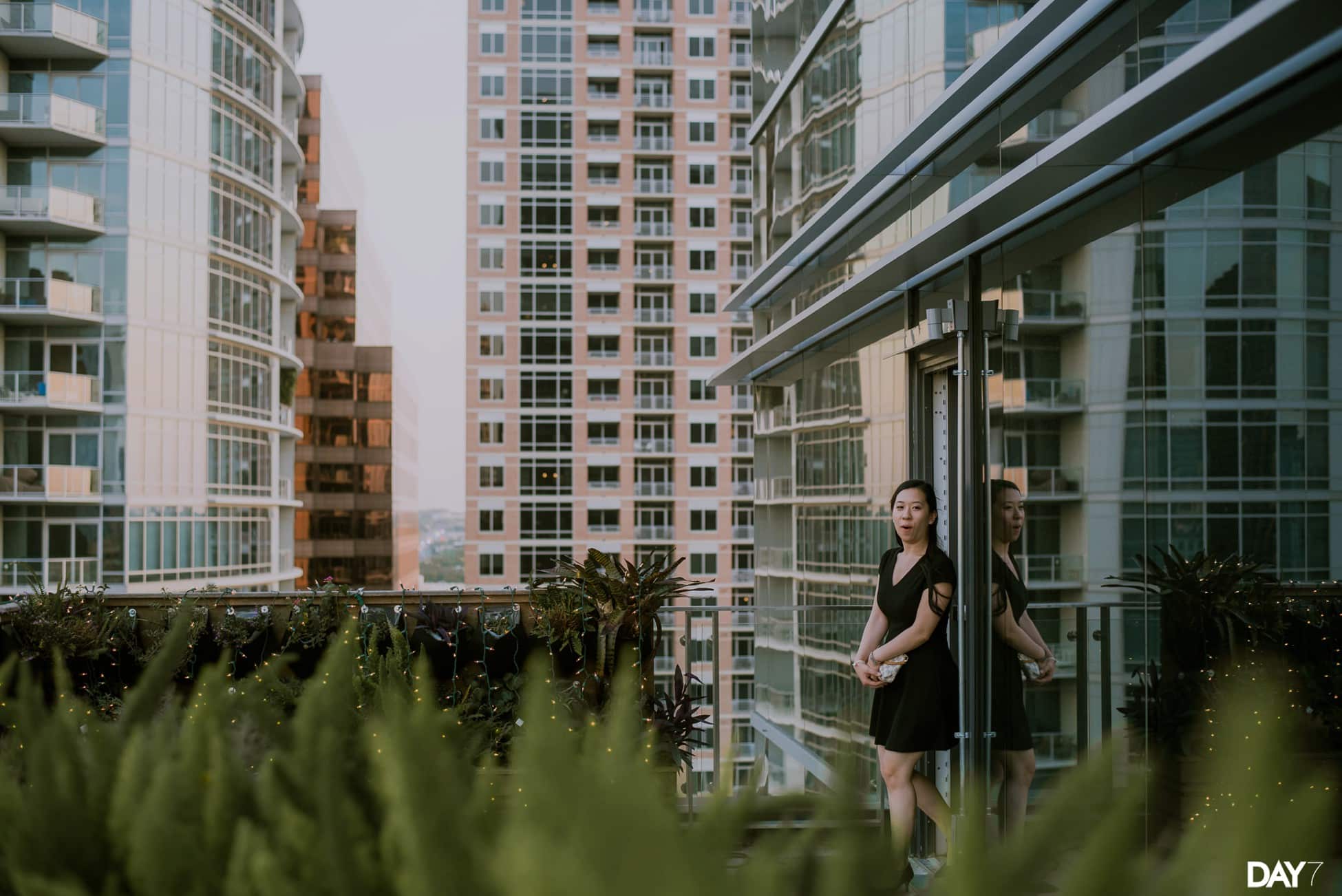 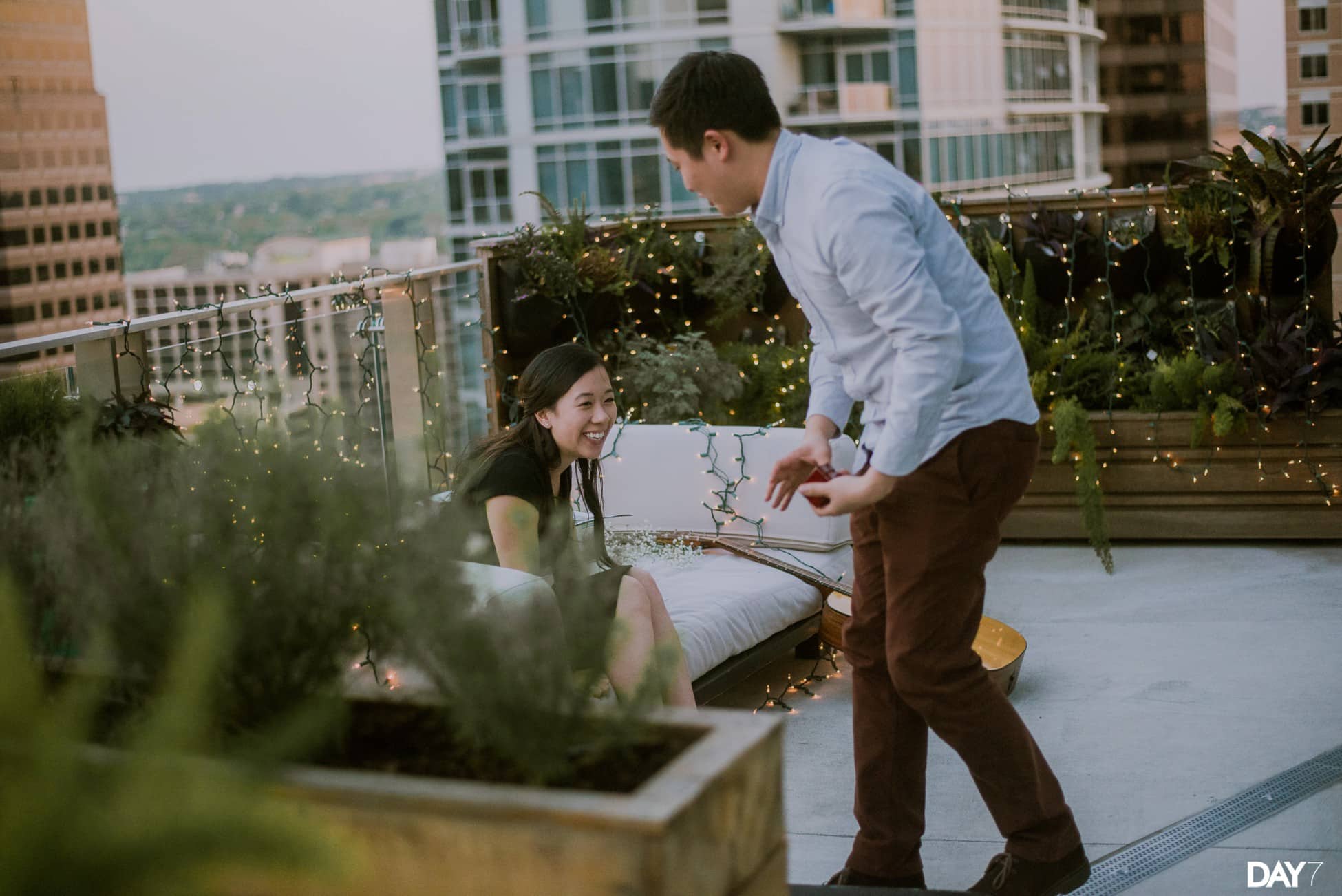 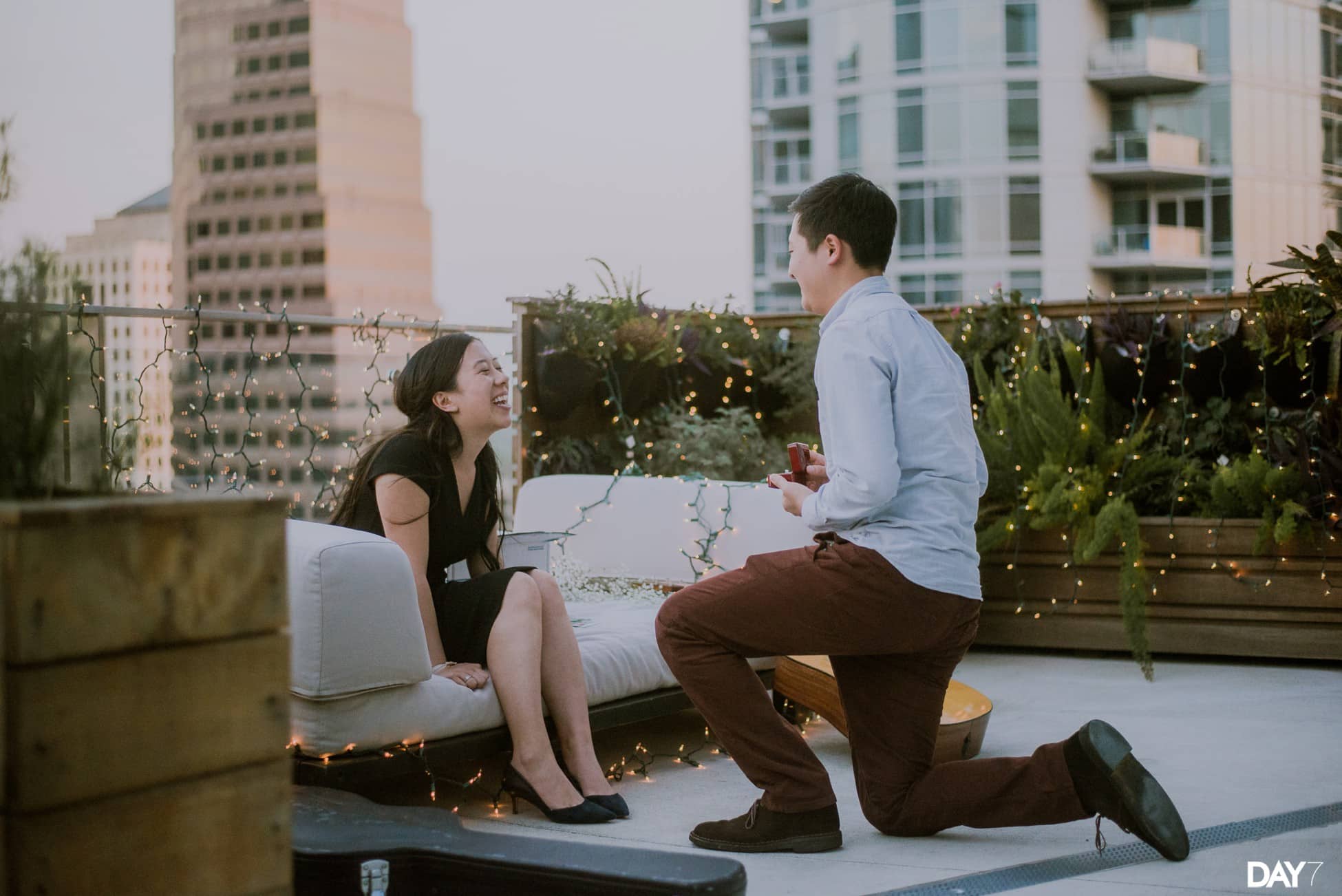 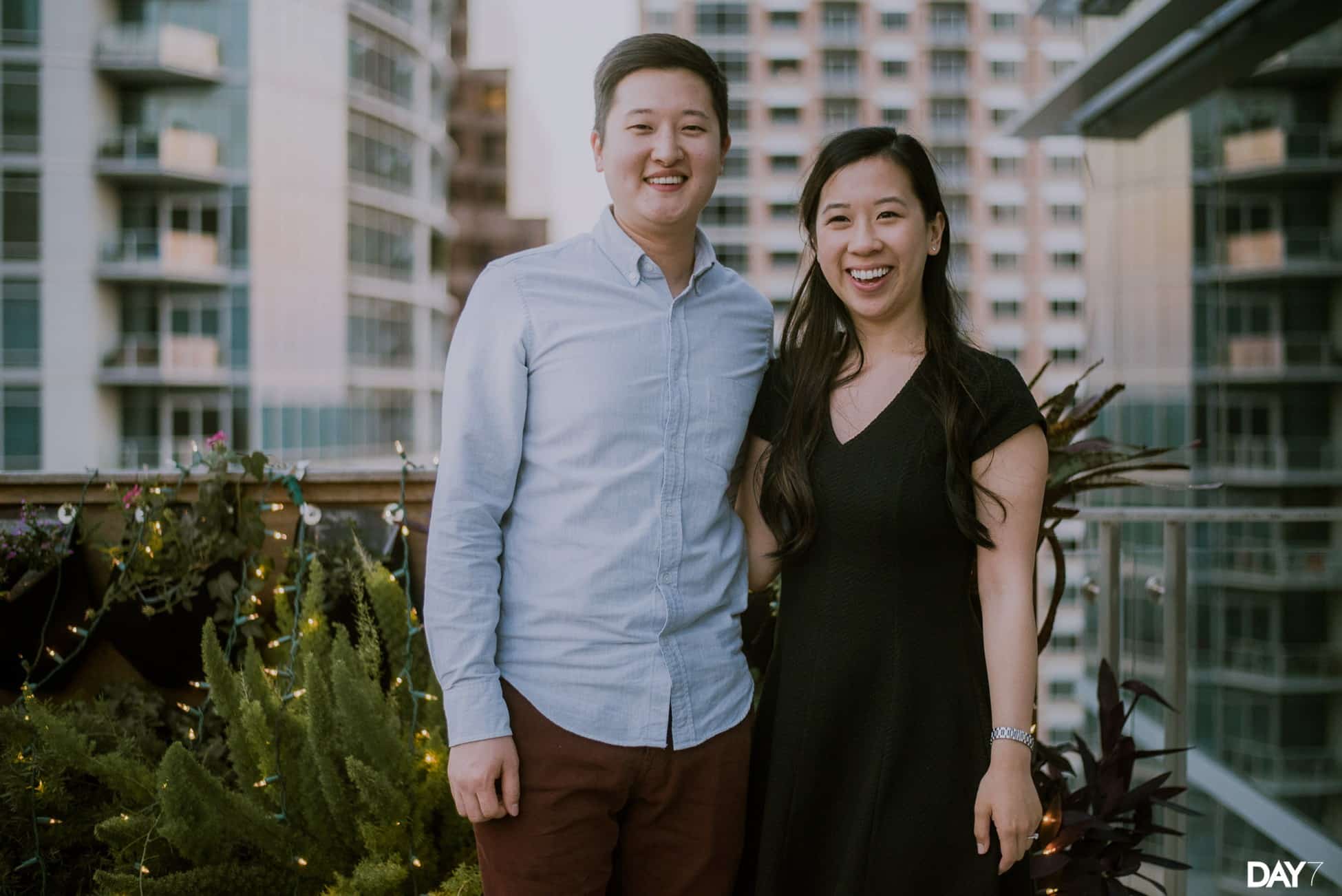 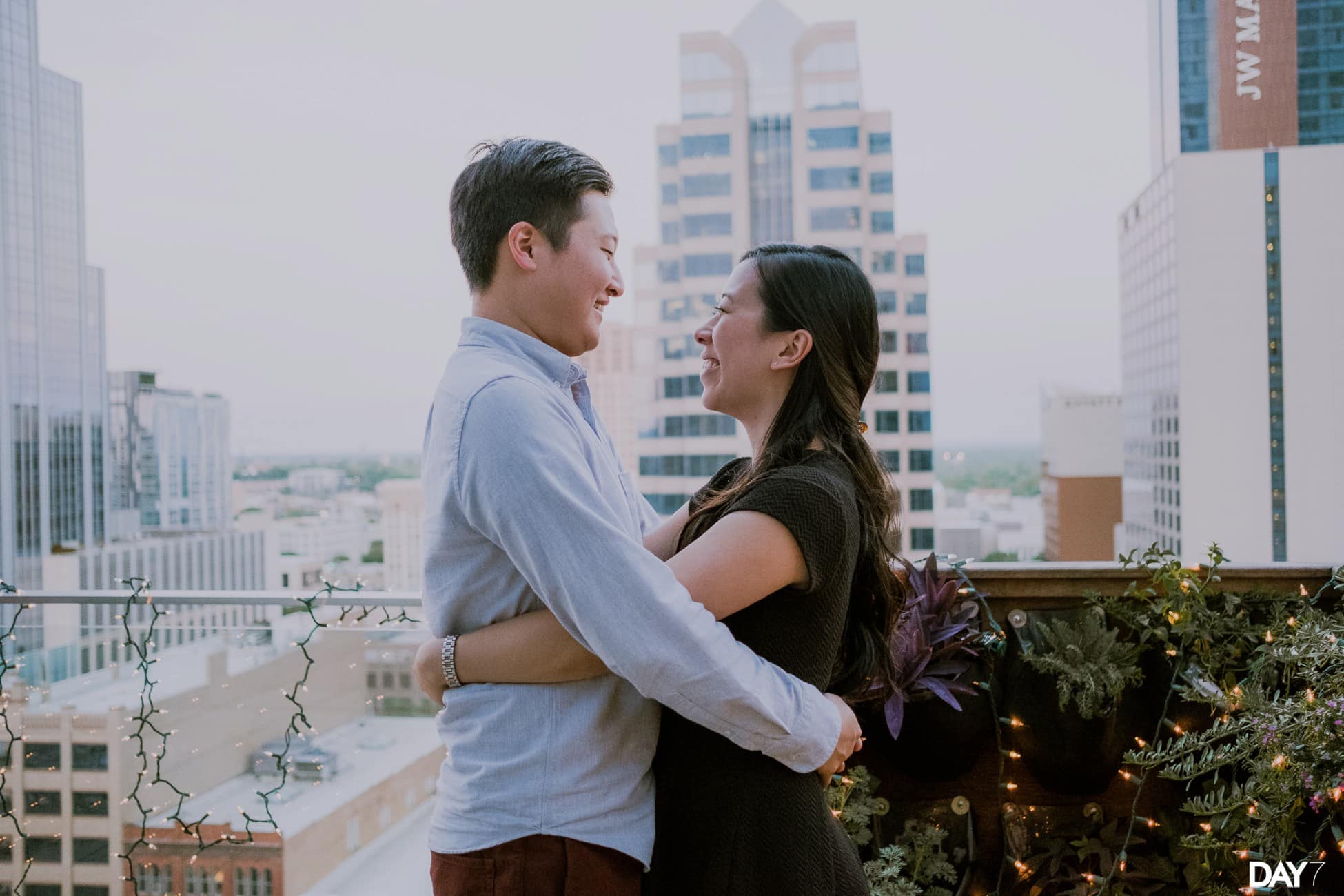 This Downtown Austin Rooftop Proposal was photographed by Day 7 Photography. We create candid and organic photos for nature-inspired bride and groom. DAY 7 is about slowing down and enjoying the world around us. I believe every wedding is a beautifully complex story filled with raw and authentic moments waiting to be captured.